Good news. My PUPPP/atopic dermatitis has somewhat subsided! And in addition to my last post, I have compiled a list and review of the remedies I have tried (please note that some of these are recommended by Dermas). Doing this as during my research, most remedies I found are unavailable here in Manila, such as the Grandpa’s Pine Tar soap or something. So this is to help preggy moms out there in Manila who like me, may also be suffering an itchy fate with our weather.

And then these are the remedies I’ve been using, and I think that are the most helpful: 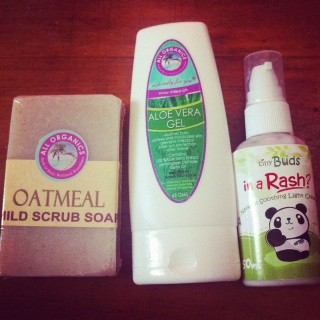